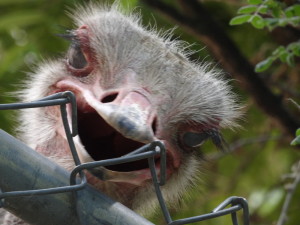 I checked. Seger wasn’t in town on that date? Wasn’t even on tour?

The night of the show. he handed it to me.

Brilliant, said it right on the ticket. “An evening with Seegar.” Pete Seegar.

We had snuck in a couple pints of Blackberry Brandy, in case we got parched.

When Seegar came onto the stage Motts leaned over and said. “Looks like Bob’s been on a diet.”

“I never knew he was that tall? What’s with the Fooking Banjo!”

It went downhill fast after that.

He opened with “Turn Turn Turn.”

His second song was  “If I had a Hammer.”

Motts spat after the applause died down. “If I had a Hammer?…I’d smash that Banjo!”

The group in front of us turned around and gave us dirty looks.

Five songs into the show, during, “On Top Of Old Smokey.”

Pete Seegar ignored it and played on.

“This Land is Your Land, This Land is My Land…From California to the…..New York Island….”

“You’re New Stuff is Shite! C’MON! Play Some Of Your Old Stuff!”

Mid-song he snapped, stopping the show cold, yelling back, “I am playing my old stuff! now Sit Down and shut the hell UP!”

The crowd was beginning to close in and we were all out of brandy.

He was having none of it. I’m not sure he even heard me?

The people in front of us turned around again, this time telling us to “Knock it Off!”

Seegar pointed off stage to someone, then to where we were seated. Moments later. Two of the largest humans I’d ever seen approached us.

“Whadda we gonna do now?”

Down the aisle, Motts Arms kept flailing about. “Get yer….Grubby….Paws Offa Me! Hey…Hey!”

“This Land is Your Land, This Land is My Land…From California to the…..New York Island…..”

Pete Seegar was in fine form. he was playing the shit out of that banjo.

“You Sold Out Seger! You Sold OUT! Gimme Back My Money!”

Seegar being the consummate professional. kept playing long after we’d left the venue.

The Tribune had a nice review about it the next day. mentioning some over served group that marred the performance just left of the stage before being ejected.

He was inconsolable. To this day he still has no idea who Pete Seegar was? He kept saying “You mean Bob?” I’d say “No Pete.”  he’d tilt his head a little like a dog does when you talk to it.

He means well. He’s not perfect. He knows it.

Truth be told. he’s harder on himself than anyone else is. making a mess of so many things. Always with the best of intentions.

One afternoon at a party, he looked at me, got really serious.

I braced myself. Here it comes, His wife is leaving him? Lost his job? Maybe he’s sick?

He shrugged. “Dunno? Is it because a person’s feet are key to their health, keeping them active and in good physical condition? is a person’s heart in his feet, because of that inner drive to go in search of adventure? undertake the journey. follow our instincts. that if we do? we will be rewarded in the end. someone or something will be there to tell us. That we did a good job. that our lives meant something?

Is it not our heart that tells us this, or is it our mind playing tricks with our feet?”

I’ve known Motts for years. we grew up in the same neighborhood. Went to the same schools.

He’s the guy who pulls over for the senior citizen stuck on the side of the road, helping them change a flat tire. the guy who wouldn’t accept money for any favor or help you might need. he might ask you to say a prayer for him.

He’s the guy who visits his Mom and Dad every day. a son who actually wants to spend time with his parents.  He talks with his Ma on the phone every time she calls, never making an excuse.

There’s No, “Ma can I call you back?” Game could be in the 4th quarter. score tied, time running out. if that phone rings? he’s picking it up.

“She might need something? What if she needs something?”

His relationship with his Da? is a little more complicated.

“No, I want to stay home and watch golf.”

“Boyo? My Old Man never hit me once in his life, I hope to continue that trend. but so help me! You Call Me That Again? I’ll Box Yer Ears In.”

Motts Ma always tried to change the subject to keep the peace. “Didja hear the pope is coming? we’ll have to get tickets.”

“Last Chance. Ma and I are going to the movies. are you coming?”

Didn’t matter. they were his family and he loved them.

Kicked out of College when he drove his car through the front window of a quick mart while in the grip of the grape. his date passed out in the front seat. rolling down his window. He looked at the frozen store clerk who thought she was being robbed. inquiring, “Are Yas Open?”

He’ll accept any challenge. especially of the financial variety. though not always financial.

On a dare, he approached a bird sanctuary dressed like a hunter. making duck calls. peering in the front windows. pounding on the glass. shouting at the birds in their enclosures.

“Come Out With Your Hands Up! I Got The Place Surrounded!”

Thankfully he was smart enough not to have a weapon on him. no felony. just a little misdemeanor. no harm, minor foul. his punishment? community service picking up trash on the side of the highway.

Motts use to love animals of all kinds. he respected, empathized and enjoyed interacting with them whenever possible.

After a Traumatic encounter. things changed.

We had hopped a fence at the local zoo to get a photograph of Motts next to an ostrich. this to win a 300 dollar bet with some guy he worked with. 700 if he got a picture of him tickling it’s foot.

You ever see an ostriches foot? it’s frightening man.

Inside the pen. quietly, we approached.

He’d had a brain storm to put a bag over the birds head.

“It might keep it calm if it didn’t know it was having its picture took? I want to make this as painless as possible for the bird.” he said.

“Motts? it’s not being kidnapped for ransom? you’re not taking it hostage? its a fooking ostrich. you need a photo with it. that’s all. stop over thinking it. let’s go. I gotta work in the morning.”

At the precise moment Motts attempted to move into the birds halo? it woke. The Startled Bird staggered, falling hard in the dirt in front of us. I ran, we didn’t belong there.

As Motts and I scrambled back over the fence. big bird stumbled to his feet like a QB trying to get up after being crushed. we left in a hurry. him to reflect on what he’d just done. me so I wouldn’t get caught.

He went back the next day to apologize to the Ostrich. I did not.

His only problem was they all looked the same in the light of day.

“What if you apologized to the wrong one?” I asked him. “Maybe you should have apologized to all of them? They all deserve an apology. Don’t they?”

He agreed, they did.

The next day, man of his word. he returned to the zoo.

Yelling at the birds from just outside the enclosure. this time, he addressed them en masse.

As if yelling at them? would somehow grant him absolution.

A zookeeper came out, asking Mott’s to leave immediately.

Today he gives all animals a wide berth.

That night in the pen with the bird? after an epiphany, Something changed in him.

He refuses to own any animal. No Way Jose. no dog, cat, monkey or marmot. telling me when the end comes. it won’t be from war, or disease, or an asteroid slamming into the earth. When the end of time comes. All animals will run amuck and turn on us.

You go fetch the stick. Kitty doesn’t want to play with that ball of yarn anymore. Polly isn’t interested in any crackers.

If I were you? I’d commence to running.

“I’m not taking any chances.” he told me. “life is too precious. it’s just not worth the risk.”